Christ in high culture and in the vegetable patch. 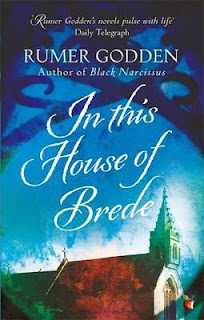 Richard Harries' 'Haunted by Christ: Modern Writers and the Struggle for Faith'  is a series of explorative essays on how, in a growingly secular age, key poets and novelists have responded to Christian faith. Such an exploration requires choices to be made most especially of who to focus on, who to exclude. Harries includes twenty key figures, broadly explored chronologically, from Dostoyevsky to Marilynne Robinson and, with only two exceptions, Dostoyevsky and Shushaku Endo, from the Anglo-American world, fifteen men and five women.

This spectrum encompasses primarily people who have converted to the faith (or re-entered after adolescent disillusionment), have found it deeply nourishing yet remain conflicted; and, four authors - Samuel Beckett, Edward Thomas, William Golding, and Philip Pullman - who have remained (in different ways) outside and, in the last case, are passionately critical whilst adhering to the notion of an ordering imagination in the universe that is deeply moral.

Each essay, beautifully structured and articulate, is an illuminating journey into the particular authors' appropriation of the Christian faith and how it is reflected in and helps us understand both their work and aspects of that faith more deeply from, say, T.S. Eliot's via negativa, grounded in both his reading of the mystics and his own experiences, that is a continuing skepticism about what can be said to, say, Auden's continuing affirmation of the mundane particularities of the world that can carry incarnational grace and is most explicitly revealed in the simple, practical acts of loving neighbour.

But inclusion, also, means exclusion and in this, the title is especially revealing - haunted by Christ suggests both a serious concern with but yet something unsettled, worrying, uncertain. Thus, the primary lens is of our authors wrestling something out either with the grammar of faith or with how faith bears with their own suffering and how suffering complicates that faith. This is undoubtedly a necessary territory - and we all know how difficult it is to write compellingly of the flip side - the resonance, joy and renewed innocence of a saint, witness Dostoyevsky's consistent failure. Words can function within inherent limits and thus require perhaps tensions to remain compelling - in a way that the possible serenity of an image or of music does not.

However, I did find myself longing, at times, for simpler tones of affirmation where Christ turns up as a friend, as he declares himself to be in St John's Gospel, one in whose presence you can relax into and abide with a while as well as be challenged by. You want to sit, as it were, with Brother Lawrence in his kitchen, with a cuppa perhaps or accompany Sr Phillipa navigating the complexities of her Abbey (and a late vocation) in Rumer Godden's "In this House of Brede''.

Indeed this was the novel I read immediately after reading Harries' book. Godden too was a convert (to Catholicism) and this novel was an act of 'atonement' for her first, breakthrough success, 'Black Narcissus' (also set in a convent but whose breathlessly melodramatic nuns wracked by the unsettling mysteries of their isolated setting were, whilst brilliantly deployed as fiction, somewhat remote from the realities of monastic life)!

Brede was based on Stanbrook Abbey and read in manuscript by four of its nuns testing its authenticity - for the plot as well as the accuracy of detail. Though Godden worried that she was perceived as 'middle brow' and certainly is rarely discussed in the august company of Harries' book, in point of fact, she ought to be, not least as a counterpoint.

For Godden's nuns are broadly confident in their faith and in its living expression. It can be difficult to sustain a monastic life in a community if you are not. Their struggle is not with the faith but how they bring their fragmented selves, discomforting foibles, personal tragedies, rank humanity - and true gifts -in better alignment with the offer of faith, in God's gracious presencing and life. There is something admirably domestic about this, and I would say pious (in a good sense). It captures a reality of Christianity as so simple as to be unerringly discomforting unless you simply get down to it, in daily application, amongst the singing of liturgy, the tending the sick, mending habits and growing vegetables, rubbing up with one another, and against one another, and forgiving, endlessly forgiving. As St John Climacus reports in his Ladder of Divine Ascent when a visitor asks a monk what he does all day in his monastery, the monk replies, 'We fall down and get up. We fall down and get up."

Godden, of course, conjures this forth woven into a page-turning narrative that engages you with individual and communal life, told with unremitting psychological acuity and graceful language of great charm and vigor.

If, as Harries observes, Christianity remains both acutely culturally alive and yet embattled, it needs both a haunting Christ and a befriending one. It needs searching doubt responded to and realistic picturing of piety offered.