Showing posts from May, 2019
Show all

The poet, Norman Nicholson, was diagnosed as an adolescent with TB and was dispatched from his Cumbrian home to a sanatorium in the south of England where a regime of very fresh air in a hut three sides open to the air, feeding and rest included the instruction not to speak over a whisper! Though affording him ample space to read, it interrupted the trajectory of his education, thwarting any prospect of university, and drawing him back to Millom, where, until their deaths, he lived with his father and stepmother, the latter overlapping somewhat uneasily, with his wife.
It was a confining that he captured in his signature poem, 'The Pot Geranium' (see below). A man, often ill, apparently confined to a small room, located in an industrial, soon to be a post-industrial town, that was his lifelong home; and, yet in seeing deeply into it, witnessing to its patterns and times, he is connected to every place and time.
Yet the particularities of a place and your witnessing to it ca…
1 comment
Read more 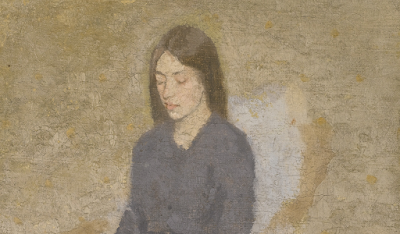 Channah Chandal survived a pogrom in Russia that killed her sister and grandfather and finds herself in Vienna, a student because her father is ashamed of her. Ashamed because she has been raped, ashamed because he, away, as so often, studying with his Hasidic rebbe, was not there to protect her.

In Vienna, she meets Jacob Daw, who will become a famous writer of short stories, and she sheds her religiosity and wakens to a wider world, an awakening that brings her to America and marriage to a Gentile journalist, Michael Chandal, and conversion to Communism and dedication to the party.

Michael, himself, bears a wound, as a seventeen-year-old, immediately after the First World War, he witnesses the brutal killing of an union activist in a conflict over lumber, from which his family built its fortune. Estranged from them, he embarks on his campaign to right the world, to free the proletariat.