Showing posts from July, 2018
Show all

On the hopes, realities and shadows of being nomadic... 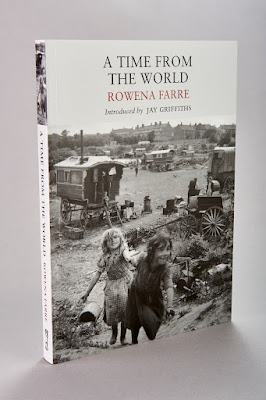 Rowena Farre was a mystery. Was she born in India or London? What was her real name and ancestry? Was her first book (Seal Morning) an autobiography or fiction? It was a mystery that after the success of that first book and the presses' intrusive interest in 'solving' it that made her more consciously elusive than ever. It is, like many manufactured mysteries, probably redundant to an enjoyment of her work. Like any life her's was part fact, part creative memory, part fabrication - if only the fabrication of presenting your better part - but, on the evidence of her second book, 'A Time from the World', Farre was not a fantasist but a person drawn to a way of being in the world at odds with (yet deeply alluring to) the mainstream. This in, at least, two senses. Firstly as a nomad, unsettled by the confinement of a career, she utilised her grant to attend art school only partly to learn art but principally to give herself the freedom to live with a successi
Post a Comment
Read more

In Our Time - the best of radio

- July 22, 2018
One of the consequences (after a retinal tear in the eye) of being told to read less (advice that was happily overturned by a more senior doctor 48 hours later)* was rediscovering the joy of listening to BBC radio. This was joy was not focused on the news output. Here the Corporation slides to new lows (often in the misguided pursuit of 'balance' or the pursuit of 'artificial' conflict rather than illumination) for which see its coverage of climate change where it pretends that the science is not settled - and the outcomes every day more sadly vivid - and allows pedlars of falsehood on (with no scientific credentials whatsoever) like Lord Lawson slithering with their snake oil of 'denial' that goes unchallenged by the interviewing journalist. But, thankfully, within Corporation House, there does remain oases of public broadcasting rooted in an ethos of education and entertainment, quietly balanced. One such is Melvyn Bragg's 'In Our Time' (whose
Post a Comment
Read more 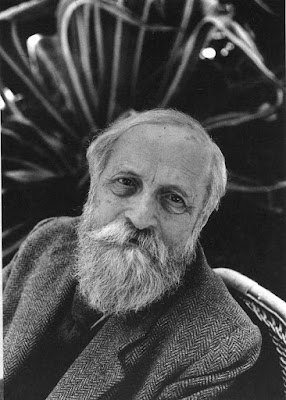 This week I re-read my first book on Martin Buber. While still at school, my interest had been stimulated by a chapter in Anne Bancroft's book, 'Modern Mystics and Sages' and one morning in the Heythrop library, now a student, I found Aubrey Hodes' 'Encounter with Martin Buber'. I read it at one sitting fascinated by its blend of personal observation and illuminating discussion of the heart of Buber's thought and practice. These two being intimately related - though Buber, at times, reads abstractedly, nothing could be further from his intention. His words were always intended to be rooted in life and to give direction to life. He undoubtedly gave Hodes direction. A young kibbutznik Hodes found himself visiting a mentally ill relative in Tel Aviv. He was distressed at each encounter and one day found himself sitting, after such an encounter, outside a house with a still, peaceful presence, with a nameplate that of Buber. A name he knew and some of wh
Post a Comment
Read more
More posts