Showing posts from February, 2016
Show all

Five for Sorrow, Ten for Joy 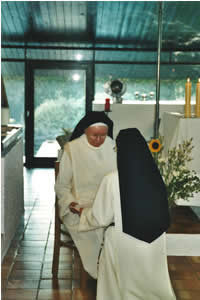 After the histrionics of 'Black Narcissus', enjoyable as they are, as is the accompanying famous film, the novelist, Rumer Godden was to write two more novels rooted in the life of a convent (indeed she converted to Roman Catholicism and saw both works as making a more realistic amends for that first book)!

'Five for Sorrow, Ten for Joy' (which is a reference to the cycles of the Rosary) is set betwixt a brothel, more than one prison and the Dominican community of the Sisters of Bethanie. The Sisters were founded out of the prison experience of Father Lataste in nineteenth century France and became an order that welcomed as full members people who found their vocation at any age and any background, most especially those that resonated with the life of Mary Magdalene - all kinds of brokenness in search of redemption, not least out of prison. No one in the order ever knew their fellow members backgrounds - what mattered was not who you had been but who you could become. 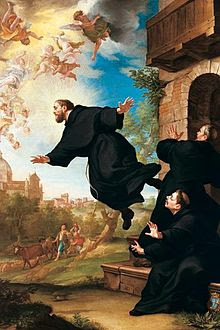 A miracle, to quote St. Augustine, "does not occur contrary to nature, but contrary to what we know of nature.” So what happens when a miracle occurs, repeatedly, what can it tell us about the nature of the nature we inhabit and, more importantly perhaps, about its meaning?

This is the subject of Michael Grosso’s searching, beautifully written and challenging book. The repeated miracle in question is a seventeenth century Franciscan priest’s ability to levitate, not once or twice, but repeatedly over years, observed by hundreds of people, many of whom originally were skeptical. These repeat performances, accompanied by other manifestations of psychic skill, were an embarrassment to the Church not interestingly for their plausibility (after all St Joseph was not the first flying religious) but for the temptations of pride and self-advertisement in which Fr Joseph might become ensnared. For this reason he was investigated more than once by the Inquisition, always being exonerated …
Post a Comment
Read more 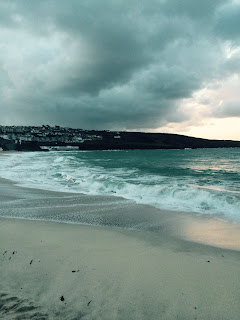 I was inspired to re-read Hermann Hesse's novel, 'Peter Camenzind', after many years, having completed Barry Stephenson's admirable book, 'Veneration and Revolt: Hermann Hesse and Swabian Pietism'. Hesse is often seen simply to be in revolt against his family's perceived narrow and moralistic Protestantism. Its strictures were such that they triggered his adolescent revolt from his seminary and their persistent mishandling of his poetic aspiration deepened his antagonism towards them and their background culture.

The truth, as is often the way, was more complex. German Pietism often sat alongside a deep appreciation of the wider culture (and in the case of German Romanticism actively contributed to the development of that culture). Though German Pietism was arguably in its decline by the time of Hesse's birth, becoming more conservative and identified with state nationalism and bureaucracy, the strand with which Hesse's family identified had a grea…
Post a Comment
Read more

- February 03, 2016
Sandy, who is in his seventies, has returned from the sea to a croft, a home resembling his childhood, where with his dog, a cow and some chickens, he lives a quiet life, content, contemplating life's end and whether death is an absorbing return or a translation to a different state of being.

One of his occasional visitors is a young man, Allan, who, with his friends, uses Sandy's place (and Queenie, his dog) as the departure point for their innocent and youthful poaching trips, always sharing the spoils with their wider community.

But his appearance now is anything but innocent for in a fit of jealous (out)rage he has killed a man, Robert, and, on the run, one of the pursuing police officers is Robert's brother, Nicol. Ignoring abstract duty, Sandy provides help to Allan while watching in distress as hunter and hunted regress ever deeper to more primal levels as the complexities of justice and love are overcome with the singular dynamics of revenge and survival.