Showing posts from December, 2015
Show all

The Secret Teachers of the Western World

- December 30, 2015
An apocryphal story has Picasso confronted on a train by a man waving a photograph of his wife under his nose declaiming, “Why do you not paint things as they are? Like this’’. “You mean small, square and rather flat,” responds Picasso! Different minds perceive differently but what if our own, apparently single mind, has two distinct modes of behavior? The one, like Picasso, seeing intuitively, things as a whole and the patterns that connect; and, the second, like the man, in precise yet fragmented, mechanically sequenced parts, of high utility but reduced depth or meaning. This, in a compressed nutshell, was the thesis of Iain McGilchrist’s ‘The Mastery and His Emissary’ that explored in a renewing way the discussion of ‘right and left brain asymmetry’ and suggested that the emissary, the utilitarian, reductionist if practical brain, had usurped its place and become the dominant mode of perception. We have come to know much of value in the process but drained life of meaning and purp…
2 comments
Read more

The year's (re) discoveries 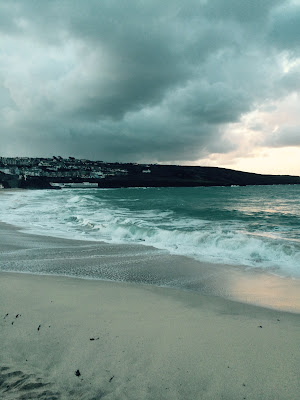 It began with a reminder of the sea - a brief holiday, before meeting Prince Charles and receiving an OBE, found me in Cornwall and St Ives. The weather was perfect, ever changing, crisp, cold, full of light and the sea was at my door. The sea holds, I feel, our deepest consciousness  - of earthly origin and symbolically of a unity from which we step forth and yet remain a part of (even as we forget).

Whilst there I read Philip Marsden's 'Rising Ground: A Search for the Spirit of a Place' that is a marvellous account of coming to live in Cornwall and making of it home, coming to recognise the spirits that animate a locality and that invite one to it as home.

Paying attention to the education of nature was the theme of 'Braiding Sweetgrass: Indigenous Wisdom, Scientific Knowledge and the Teaching of Plants' by Robin Wall Kimmerer who is both Native American and professional biologi…
Post a Comment
Read more 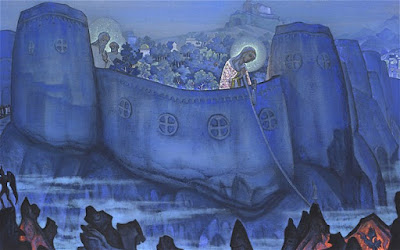 Virgin Laboris by Nicholas Roerich
Nicholas Roerich's Madonna Laboris depicts the story from an apocryphal gospel that captured his imagination.
At the gate of Heaven stands the Apostle Peter. He was disturbed and said to the Lord God: ‘All day long I watch the gates of Paradise; I do not let anyone in, yet in the morning there are newcomers in Paradise.’ And the Lord said: ‘Let us make the rounds at night, Peter.’ So they went in the night and they saw the Holy Virgin lowering along the wall Her snow-white scarf, up which souls were climbing. Peter took this to heart and wanted to interfere, but the Lord whispered: “Shh... let be…”

Even when the disciple is commissioned, they can lay hold of the wrong end of the stick! Peter may be the rock on which the Church is built but the rock is not a fortress to exclude but a welcoming strength. Mary's 'let it be' was her acceptance of the gift of a child who in turn was themselves to be the gift to the world. Christ's co…
Post a Comment
Read more

- December 13, 2015
My choices are not, I feel, unbearably esoteric but several of the films that I most love appear to be virtually unobtainable - except as broken up versions on YouTube or on VHS or as over-priced second hand DVDs.

One that I had acquired, before this miserable fate be fell me, is Andre Techine's 'Wild Reeds' (and as Les Roseaux Sauvages it is available in a remastered version in the original French without any subtitles). I watched it again  yesterday and it is a beautiful film.

Set in 1962, it follows the lives of four adolescents - three boys and a girl - as they approach adulthood, their baccalaureate, and new opportunities. One, Henri, is, at least by the calendar, already 'there', as he is a twenty one year old yet his consistent failure to graduate holds him back.

The backdrop is the convulsive war in Algeria that spread to civil strife in France. Serge (one of the four) has a brother who is a conscript in the French army who is killed by an OAS bomb (French…
Post a Comment
Read more

Catholic terrorism and its lessons

- December 10, 2015
It is Simone Weil who reminds us that a fault is no less a one for being in the past. The standard that judges human behaviour is eternal. Pain does not change nor pleasure. The eloquence of grief has not deepened simply because we have moved forward in time.

I am reading James Shapiro's accomplished book, '1606 William Shakespeare and the Year of Lear' (ahead of attending a New Year retreat on Lear in England). The book explores how Shakespeare's art, in part, is skilfully woven from the fabric of timely concerns. Two of which in 1606 was the unity of the kingdom (King Lear) (James as King of Scotland and England was seeking an Act of Union) and regicide (Macbeth) (following the Gunpowder Plot). Though the book is a skilful weaving of history and literary scholarship, it has been the history that I have found most compelling. 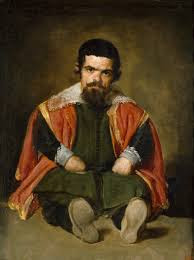 Sebastian de Mora by Diego Velasquez
Wittgenstein suggested that on any visit to a gallery you should chose only one painting and study it in depth, anything else he suggested was superficial and an exercise not in culture but futility.
Spending yesterday morning in the Prado in Madrid, I could see what he meant - to me a wholly new collection, never seen in pigment and canvas before, it could simply overwhelm. But we are not all equipped with Ludwig's austerity; and, in any case, I expect people absorb art differently, if they do. For me, I am a speedy looker, whizzing round, then, noticing what arrests, return to specific points to watch closely to what reveals.
Also, being prejudiced, I can eliminate swathes of stuff that, however remarkable, leaves no impression on me whatsoever - Dutch seventeenth century still lives of dead pigeons, pewter and fruit, for example, or eighteenth century portraits of aristocrats by virtually anyone; and, most Baroque religious painting. In th…
Post a Comment
Read more
More posts