Showing posts from December, 2014
Show all

A past year of discovery 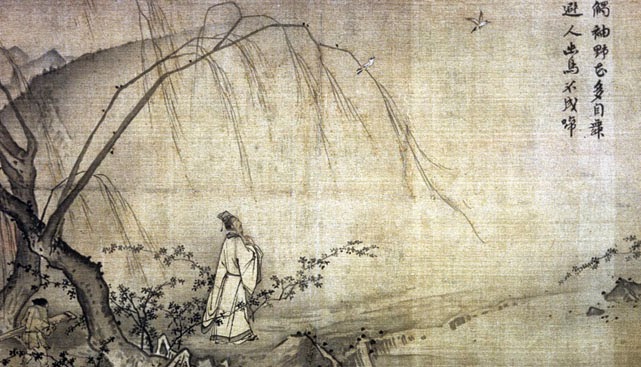 Yesterday, I referred to a rediscovery - of the work of Aldous Huxley - tasted, enjoyed, left for a long time and now reawakened with a renewed intensity.

Today, on the cusp of the year, I thought I would celebrate three discoveries of the past twelve months (apart from the new country and the employment)!

In chronological order the first was David Hinton's 'Hunger Mountain: A Field Guide to Mind and Landscape'. Hinton is a lauded translator of Chinese texts and I am enjoying his translations of 'Chinese Wilderness Poetry' now as my bedside accompanier to sleep. 'Hunger Mountain' traces Hinton's meditative walks around his local mountain so named (in Vermont) and reflects on how Chinese philosophy and poetry have embodied a radically 'unitive' 'flowing' relationship to the natural world - not an 'environment' but the spatial and temporal matrix in which we live and move and are our being. It is one of those books that saturated …
Post a Comment
Read more 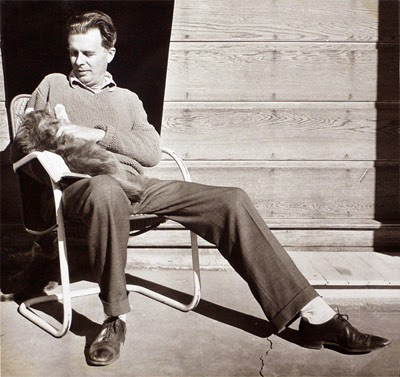 One of the happy rediscoveries of 2014 has been Aldous Huxley. I had read his dystopia, 'Brave New World' and his utopia, 'Island' many years ago and enjoyed both, not least for their prescience, and Nicholas Murray's excellent biography but had not gone further. I think I rather prissily disapproved of his experiments with psychedelics - enlightenment must never be on the cheap - disregarding his fundamental seriousness; and, was not quite sure what to make of his 'origins' as a fiercely satirical writer inhabiting a restricted, intellectually artificial, milieu, as if people cannot finish well beyond their starting points! Ah well we mature slowly...

Now, I find myself slowly reading my way through, in no particular order, as I notice him making his way into my wholly unofficial 'canon'.

I have just finished 'Point Counter Point' that is, I suppose, a transitional novel - the satirist is masterfully in place but the emphasis is on the ide…
Post a Comment
Read more 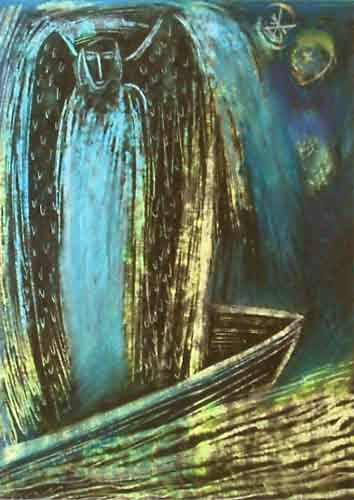 ‘Greetings to the solitary. Friends, fellow beings, you are not strangers to us. We are closer to one another than we realize. Let us remember one another at night, even though we do not know each other’s names.’ is the gentle ending to David Gascoyne's beautiful poem (written for the BBC) 'Night Thoughts'.

I was reminded of this when looking at this: one of the painter, Lorna Graves', beautiful solitary images of a magicked figure travelling across a landscape in which it is at home yet tantalizingly fragile, as if the message of an enfolded transcendence plays hide and seek with us.

This is one of Lorna's angels, travelling at night within sheltering wings, towards an orientating moon …
Post a Comment
Read more

- December 23, 2014
Yesterday The Guardian reported on the Sami reindeer herders who live in Northern Norway, Sweden, Finland and adjacent parts of Russia and their struggle to keep their language alive (as a critical component of their cultural identity) faced now by mostly indifferent public bodies (and as recently as the 70s active hostility) and casual racism:
see here: http://www.theguardian.com/education/2014/dec/22/-sp-reindeer-herders-an-app-and-the-fight-to-save-a-language

As I was lying awake, waiting sleep, I was reflecting on how, of the many unjust indignities in the world, this one, the rights and well-being of indigenous people still sits at the margins of our attention. Perhaps I thought because though 'indigenous' has become a recognised category, its boundaries do remain 'fuzzy' and because though there is a commonality of struggle - land rights, the incursion of mineral and other companies seeking exploitation, violence and cultural assimilation on the terms of the dom…
Post a Comment
Read more 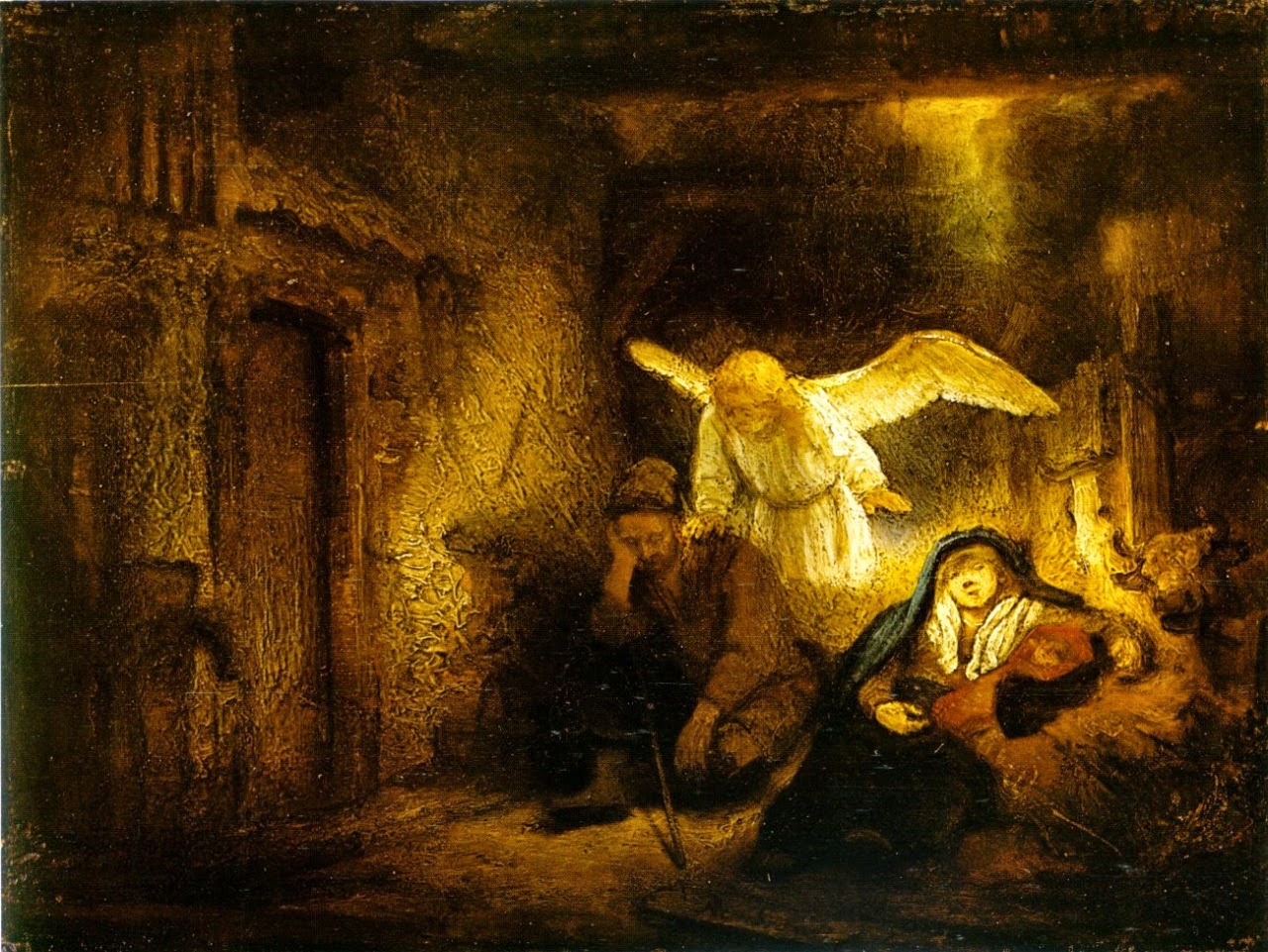 The angel gently touches the sleeping Joseph's shoulder, signalling with the other hand the focus of the dream transferred message, namely Mary, also asleep, arms cradled around a sleeping Jesus.

All is peaceful stillness but the message is not. Herod is coming in search of the infant to exterminate him (and all like him to make assurance double sure). So at the beginning, as at the end, Jesus' life is to be occasioned by violence.

The function of a gargoyle in a medieval Church, was to make the ugly, the distorting, the evil visible such that, as you approached the temenos, the holy space, you would recognise that, though a sanctuary on the inside, it was, on the outside, the place you would most likely encounter the dark, the disfiguring and so be vigilant. Something it is in us, about us that does not like the good and struggles against it just at that point where it is most deeply present.

It began with three books - Lao Tzu's Tao Te Ching purchased as a Penguin Classic, when still at school, to add to my eccentric collection of those black spine books that were three parts fascination to one part pretension. I never did finish Nietzsche's 'Ecco Homo' though I did the Koran. I now have no less than four translations of this enigmatic, endlessly suggestive text. The second was John Blofeld's beautiful, whimsical yet profound study 'Taoism: The Quest for Immortality' with its entrancing accounts of visiting Taoist hermitages in 1930's China. The third was the 'beat philosopher' Alan Watts' 'Tao: The Watercourse Way' a dazzlingly opinionated contemporary appropriation of philosophical Taoism for the West.

It was a thought world that percolated through my young unformed mind - the importance of observing the unfolding flow of things, trying to discern when to act at the most beneficial, harmonious moment, knowing the worl…
Post a Comment
Read more 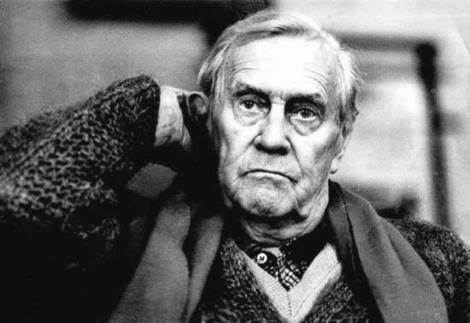 It was a Saturday afternoon, a student at university, and I called into Watkins, the esoteric bookshop in Cecil Court, and found a copy of 'Temenos: A Review Devoted to the Arts of the Imagination 2'. One of its four, and principal, founding editors was the poet and Blake scholar, Kathleen Raine, whose work I knew and admired, I bought it and brought it back to my room in the Hall of Residence where I lived.

The first essay I read - I recall even now - was by the French poet and ex-Jesuit priest, Jean Mambrino, entitled, 'Dining with Isaiah: On the early novels of Patrick White' (shown above). It was to lead to a lifelong love of White's work, beginning with my reading of 'Riders in the Chariot', his extraordinary novel of four marginalised mystics against the backdrop of their individual histories and how those stories collide in a post-war, distant, suburb of Sydney. It remains the most penetrating exploration of the nature of evil and the possibilities …
Post a Comment
Read more

Close to the bone 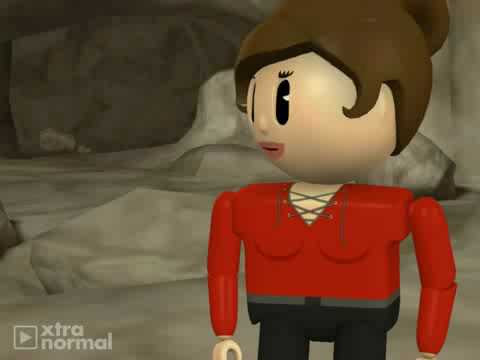 When I was involved in researching mental health care in South India, we asked three highly competent local disability NGOs whether there were people with mental illness in the villages in which they worked (and note that mental illness was classified as a disability under the relevant Indian legislation). Two of the NGOs said no, one said we do not know!

Since they were highly competent and committed, we were able to query whether that was a truly probable conclusion and whether they would mind actually looking. All three did and came back to us with the not unsurprising answer that yes, every village had people, until now 'invisible', who suffered from a mental illness.  It was the beginning of Basic Needs www.basicneeds.org in which all three organisations take, to this day, a noble part.

But it was a reminder that even the most dedicated organisations can 'miss' or 'travel past' their true constituents.

- December 11, 2014
Sometimes you rediscover things you have written and wonder! This is an admirably dense review of an exceptionally challenging but rewarding book. Michael Sell's 'The Mystical Languages of Unsaying'. I am unsure as to whether I would have the philosophical stamina to read it now but I am glad I did and its arguments have permeated my thinking (though I would be friendlier to William James now I think)! "The notion of 'mystical experience' as a discrete kind of experience to be described and defined over and against other kinds of experience has come under considerable scrutiny in the past twenty years. It is an approach most notably articulated by William James. An approach that can be located historically as a response to the steady erosion of confidence in society to provide patterns through which people acquired stable identities. If institutions fail to provide, as Martin Buber observed, a locus for confidence to the question who am I, we retreat to the i…
Post a Comment
Read more

Into the silent land 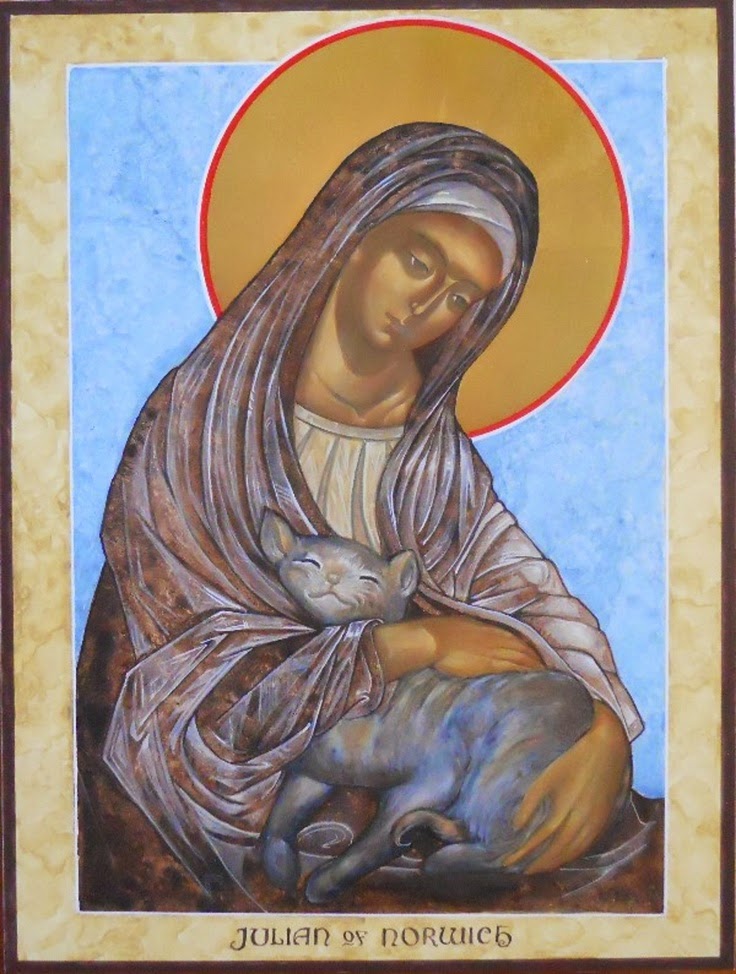 "A young prisoner cuts himself with a sharp knife to dull emotional pain. 'As long as I can remember,' he says, 'I have this hurt inside. I can't get away from it, and sometimes I cut and burn myself so that the pain will be in a different place and on the outside.'"

Realising this in himself, he approached the Prison Phoenix Trust, that teaches yoga and meditation in prison, that allows a person to reconfigure the unlikely site of a prison cell as a place of retreat and reflection, and after only a few weeks of diligent practice begins to see something new, beyond the pain and the pain displaced in self-harm and, "for the first time in my life, I can see a tiny spark of something in myself that I can like."

This moving example of the potentially transformative nature of contemplative or meditative living is given in Martin Laird's beautiful and concise book, 'Into the Silent Land: The Practice of Contemplation' that I read yesterda…
2 comments
Read more

The Shadows of Ecstasy

- December 05, 2014
"The Shadows of Ecstasy" was the first novel Charles Williams wrote (and it shows, I fear) but not the first published.

It has a familiar conceit - a magical object of power that can be exploited ambiguously - will it be for good or ill? The Grail cup, for example, or a pack of Tarot cards. Except in this case, the ambiguous object of power is a human person, Nigel Considine, who claims to be over two hundred years old, and may be either the world's savior or the Antichrist!

Considine's power is attributed to magic - in this case a process by which a person, rather than dissipating the energy of love and beauty outwards, takes it within, stored as it were, with transformative effects. It is a form of self over-coming. For generations Considine and his followers have been consolidating their grip on Africa and now seek to liberate it from colonial control, so that it becomes a vast laboratory for their experimental ambitions. The principal ambition being the conques…
Post a Comment
Read more

The Pope and statistics

- December 03, 2014
The Pope Emeritus, Benedict, conditioned by his experience of Catholicism in Europe, imagined a Church in decline or retreat, so pulling up the drawbridge, the faithful remnant, anchored in a renewed idealized faith, would keep the circulating secular wolves at bay.

The new Pope Francis, conditioned by his experience of Catholicism in Latin America, imagines the Church as an abiding presence in the midst of the world, so Catholics should be confident, outward looking and engaged, after all the secular wolves are, in fact, ineffectually snapping from the sidelines, unable to make significant inroads amongst the thronging sheep!

Neither I expect based their views on the actual numbers but had they done so, Pope Francis would be more nearly right than his predecessor - one in every seventh person in the world is a self-reporting Catholic. If current trends hold, in 2050, one in every seventh person will be a self-reporting Catholic. I know this because on my desk is a thorough piece of …
Post a Comment
Read more
More posts