Climate: A new and regenerating story 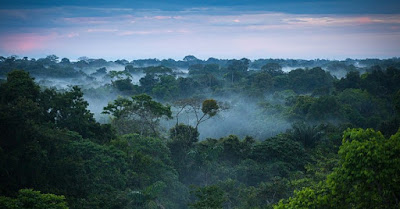 In the week that the IPCC published its latest report on climate change accompanied by apocalyptic soundings from some and widespread apparent indifference from many especially mainstream media and politicians, I decided to read Charles Eisenstein's new book, "Climate: A New Story".

Upfront I will confess to liking Eisenstein's work and loving his 'voice' - clear, engaging, balanced with that rare quality, humility, standing among people rather than apart or above, trying to figure life out in its complexities and compromises. A place from which hard-won wisdom comes.

Let us imagine, he asks, we buckle down to tackling emissions. We accelerate the renewable energy revolution, up go the panels, the windmills, the dams. We plant trees, lots of trees. We eat less meat and tuck into all the varieties of soya cunningly disguised. Will we arrive at where we want to be?

Maybe not. The world may end up disfigured, the beauty we sought to preserve sequestered under 'deserts' of photovoltaic cells. Trees on their own do not a forest make. Growing more food, even when eating less meat, still might leave monocultures in their wake where the soil erodes, the insects continue to decline, zapped by insecticides, and where the fertilizer leaks to the sea.

Worse still, we may not have tackled emissions and our weather patterns may remain screwed in their unpredictability because many of our 'solutions', that may be individually 'sound', do not add up. That forest planting in China, for example, that seeking to halt desertification actually accelerated it. The fertilizer algae bloom, from growing all that delicious soya, deoxygenated the sea. This drives out the kelp forest and kills the fish radically reducing the sea's ability to absorb carbon. And so on and so forth...

First realize that climate change (or climate breakdown) is a complex system, not a complicated matter. Complicated matters yield linear solutions that can often be delivered top down. Complex systems are non-linear, need continuous attention, the willingness to live into insecurity and experiment; and, can only be navigated, rather than 'solved' from within. Climate change is not an invitation to a 'war' but to take on a new (old) form of life that sees us as an integral part of a living being (or system if you prefer) where the tending of every part of that body matters to the whole.

Second, pay attention to every aspect of ecological breakdown and invite people to tend whichever part immediately touches them, concerns them, arouses their attention and love. Since everything is connected, everything matters. The tendency to prioritize 'climate change' and especially emissions over everything else - let us solve this first and get around to everything else later - simply reflects the manner of thinking that led us into this mess in the first place.

Let us imagine, for example, you find yourself, as I have, helping crowdfund Robert MacFarlane's magical book, 'The Lost Words' into schools in the UK helping children and their teachers initiate a new generation into a love of our natural world. Is this 'futile' or 'too late'? Would not the money be better spent fighting 'fracking'? But perhaps it is? Perhaps one of the children so ignited is the daughter of an oil executive and trips home to share her enthusiasm with her mother. The mother so touched is nudged on a journey to reconsider her life path and becomes a whistleblower about the dubious environmental practices of the oil company for which she works? As Rabindranath Tagore said, "One should light a candle, not debate whether it will dispel the darkness'!

Third be concerned about sequestration of carbon as much as by emissions - and that rich, complex living systems both land and oceans are the accomplished artists at this rather than singular initiatives. Invest in complexity - nurture forests rather than plant trees, regenerate agriculture into diverse complexity rather than 'sustainability', leave seas attentively alone to come back to teeming life. In all of this, recognize that doing so is a culturally embodied long-term set of knowledge and skills and one size never fits all. A forest in Wisconsin is different from one in Wyoming such that helping people fall in love with place, willing to give it an open cheque on time, is critical if we are to renew ourselves and our common home.

Fourth tackle money. It is not quite the root of all evil, after all, it is a necessary social convention, to help get things done and signal when they have been done well. Or could be. Presently money is so constructed that its signaling is divergent to the world. It can accumulate itself off itself, like cancer, rather than through the exchange of goods and services and genuinely added value. At the heart of its curse is its ability to compound interest and its hypermobility. Both will need to re-designed to align incentives of money exchange with ecological restoration and rebirth.

Fifth stop imagining that anybody is going to do very much, very soon if we (the environmentalists) keep trying to terrify people into action. This does not appear to be working and if it did work, we might find ourselves terrifying people into the wrong action. Like, for example, finding that everyone has been so terrified that everybody is persuaded that geo-engineering is the only solution that will work now. I am sure some 'wicked' corporation is standing by waiting for just such opportunities! People act best when they fall in love and want to care so let us create as many opportunities and spaces as possible to do just that - even 'climate deniers' can fall in love with a tree (or a wood) and probably do, often, and in providing care to that would help the world past the very breakdown they 'deny'! Beauty may not, on its own, save the world (to misquote Dostoyevsky) but it has a major starring role!

Sixth, and finally, see this moment of crisis, for it is that, as one that is undoubtedly dangerous but also an opportunity to lay down the age of separation and pick up (or fall into the recognition of) the age of inter-being (to use Charles' terminology). We are all connected up, dwell into one another (animals, plants and even bacteria too) so would it not be more wholesome and downright fun to live with the grain of that rather than against it? Become natural indeed and graced in our naturalness.

I have left out of this accounting much of Charles' sober and erudite accounting both of specific evidence for its claims and its more practical prescriptions - both happily exist and you will be impressed but I wanted to attempt catching some of the flavor of what, I think, is at the book's heart which is a re-framing of the story anew for, I think, without that re-framing, we are lost in a battle of competing separations that disguise our underlying being together. And being together is much more fun than being a part. 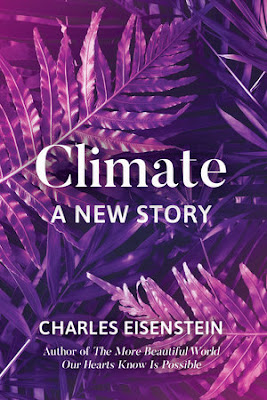 My friendship with Martin Buber

- July 16, 2013
When I was a theology student, I discovered an abiding dislike of Christian doctrine, after the tenth century (with honourable exceptions),  for after this time there is a break of relation between being and knowing, of doctrine being therapeutically concrete, rooted in prayer. Theology becomes not of God but about God: abstract, intellectual and rational.

My tutor in modern Christian doctrine found this dislike perplexing, after all I was a highly intelligent student so why would I fail to answer the questions set, wanting to probe their presuppositions from a philosophical and existential direction? In this probing my understanding of Buber's philosophy was critical. In exasperation one day my tutor exclaimed, 'I have not read Buber' at which point he was treated to such a hollowing look of contempt that only an arrogant twenty one year old can deliver!

Reading Maurice Friedman's 'My Friendship with Martin Buber', I find myself recalling the ongoing debt I o…
Read more