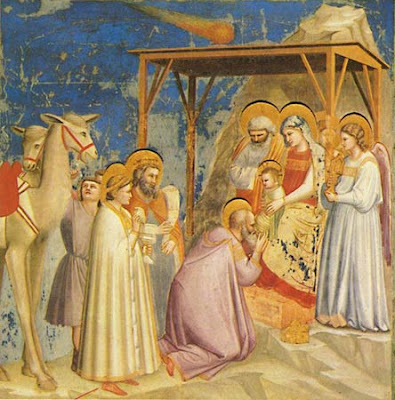 Whilst J.B. Priestley's novel, 'The Magicians' at some points, creaks with its particular age. One defect is perhaps its approach to the feminine - their characters are insufficiently drawn and it grates - you stand outside them and a little to the right. Sometimes, however, it scintillates with as an acute a pattern of social criticism as can be imagined. But primarily it is a novel of metaphysical vision, teasing out the meaning of time, and inviting the reader to see their life as a continuous whole, where every memory, truly remembered and lived, might heal the past and transform the possibilities of the future. Reading it this year, I found myself, literally, propelled back into memorised  life and vivifying them with new life such that I felt strangely renewed. The lenses adjusted able to see more freshly. Like many a 'spiritual' experience, this ebbs but like every 'peak 'experience, once had, stepping back into it helps trigger (as Abraham Maslow noted) renewed possibilities for such experiences now and in the future.
This is, needless to say, an essential function of ritual and the repeated remembering of a sacred story. The more you dwell in it, the more it dwells in you, the more likely will it weave its magic. A truth children instinctively know when they ask for the repetition of a particular story for the umpteenth time!
This has not been the easiest of years (to say the least) full of surprises, that, had we been listening more carefully, may not have been so; and, has the world thrust into ever greater uncertainty with its attendant threats and opportunities. So more than ever we need the story of Christmas as a remembered place that offers to heal the world. God becoming human so that we might realize our own invitation to become God bearers, saints.
I have a friend who growing up in Venezuela went to his first confirmation class. The priest asked the class members - twelve/thirteen year olds - what they wanted to be when they grew up. This being a middle class neighbourhood, he received answers such as doctor or lawyer or engineer. Until he came to my friend, who boldly declared, "I want to be a saint" at which point the priest lay into him, how dare he be so presumptuous etc... So traumatising  was this public dressing down that he never went back and, finally, after studying in the US embraced Islam!
After he converted to Catholicism in the late 1930s, Thomas Merton was walking the streets of New York with his friend, Robert Lax. Lax was Jewish, and he asked Merton what he wanted to be, now that he was Catholic. “I don’t know,” Merton replied, adding simply that he wanted to be a good Catholic. Lax stopped him in his tracks. “What you should say,” he told him, “is that you want to be a saint!” Merton was dumbfounded. “How do you expect me to become a saint?,” Merton asked him. Lax said: “All that is necessary to be a saint is to want to be one. Don’t you believe that God will make you what He created you to be, if you will consent to let him do it? All you have to do is desire it.”...

Thomas Merton knew his friend was right. Merton, of course, would go on to become one of the great spiritual writers of the last century and a prophetic voice for real social change. His friend Lax would later convert to Catholicism himself -- and begin his own journey to try and be a saint.
The words resonate again today: You should want to be a saint. And to be one, all you need is to want to be one. All I want for Christmas is saintliness. This is the right response to the invitation of Christmas and it is the right response to the challenges of the world.
And, the paradox, as the early desert monks and nuns knew so well, is that you become a saint by growing ever more deeply into your self, unfolding out of a self that is whole and healing, becoming not another but more utterly Nicholas or…or…
Merry Christmas and a happy saint nurturing New Year!