An inviting Buddhist and Taoist primer 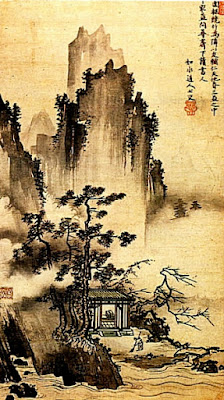 If anyone were to ask me for a primer in Taoism or Buddhism, I would be tempted to recommend John Blofeld's "Beyond the Gods: Buddhist and Taoist Mysticism". This would not be because you would emerge with a coverage of the basics nor a concise summary of the two traditions' history and development. You too would be inconvenienced by the fact that the book has been long, and sadly, out of print.

I would recommend it because it is a resonant and beautiful account of what a sincere Buddhist (and sympathetic observer of Taoism) takes as the essence of the traditions and how he first encountered them on long journeys through China (and its Mongolian and Tibetan hinterlands) in the 1930s and 40s and subsequently reflected on them through the lens of both careful scholarship (worn exceptionally lightly) and long, careful and diligent practice.

Scholars of both religions might take multiple exceptions, how could they not in a book of a mere 161 pages? But shining through would be Blofeld's encounters with genuine adepts, saints and sages and his scrupulous honesty in recounting what they said filtered through the acknowledged, limiting frame of his own developing understanding.

He writes well too and, reflecting on it, the only word I can use is 'endearingly'! You so want to be his traveling companion in and through a now vanished (or strikingly altered) world: taking tea in a mountain hermitage with a modest Taoist luminary or being woven into the celebration of a evening Buddhist rite at a lone island temple. He creates a lost world imaginatively and in luminous prose.

What too I love about the book is Blofeld's generosity towards all traditions (and not only Buddhist and Taoist ones). His account of Pure Land Buddhism with its emphasis on 'other power' and devotion is accurate and riveting and was one of the first to help to dispel its unfavourable image (as not properly Buddhist) in the West. He recognises that in following the Way, there are many ways and each person should diligently find one resonant with their own state. No way, however, apparently primitive or folksy is wrong if entered into in the spirit of compassionate engagement and wonder. He continuously prioritises experience and insight over intellectual accomplishment and recognises that a simple mind is too an uncluttered one though being Blofeld, he never devalues acquiring knowledge as such. The epitome of the book is judicious balance. Judicious too in reminding Western Buddhists of the importance of both ethics and reverence or devotion. It is too simple to strip a particular practice from the context of cultivated behaviour and ritual. Its efficacy can depend on it (so you wonder what he might have thought of 'mindfulness')!

Running through the whole text, however,  is a steely challenge towards discovering for yourself, beginning now, this right path towards your illumination that flows from and into compassion for all sentient beings; and, the last chapter is a wonderful primer (addressed to his youthful son) of the necessary steps towards such a life. An invitation to explore.