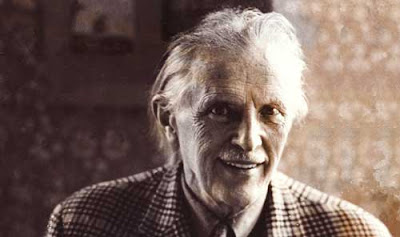 ''Witness; The Story of a Search" is J.G. Bennett's autobiography blending the life of an intelligence agent, businessman and leader of research institutes (mainly related to coal) with a spiritual seeker and teacher. Topical is the culpable stupidity of the post-First World War leadership whose 'settlement' in the Near East reverberates to this day, fashioned out of almost complete disregard for the realities of the cultures with whom their dealt. Nothing much changed there then...

Like any good spiritual autobiography - St Augustine and Thomas Merton come to mind (and Bennett too was a convert to Catholicism) - it is unsparing in its self-criticism. One thing is striking  that Bennett (until late in life) did not trust himself and this inability to trust impaired his ability to form healthy judgements in whom to place his trust. He was a faulty disciple, too eager to (miss)place his trust in others (and a wise Sufi intimated this to him but in the twisted way of self-mistrust, he recognised this yet knowing he would fail to do anything about it)!

Unlike Augustine or Merton, his conversions (Catholicism was only one) were always being superseded by a further discovery; and, though there is nothing inherently wrong with this (not least because I sense the trajectory in my own soul), his do have an unsettling, slightly frenetic quality. The enthusiasm comes, he over commits before a careful assessment, it propels him forward but never as far as he would like, he hears of someone or something else and maybe, just maybe, they are the answer. All the while parts of this magpie like acquiring of spiritual insight is slowly coalescing into patterns of thinking that can be written about, systematised (in so far as that is possible) and taught. Nevertheless the sincerity of the shifts of consciousness (however temporary) is clear and lucidly described.

The continuous thread, however, was the relationship with Gurdjieff - the mercurial master of 'The Work' whom Bennett met in Turkey and came to know well in two periods spent in Paris, one after the First World War and the second, up to Gurdjieff's death, after the Second War. In an autobiography, of course, you have both an intimate and yet personal account; and, given the squabbling to which 'Work' groups became prone (both before and after the Master's death), I feel you must tread lightly. The accounts, however, ring with a certain suspected truthfulness, partly because of Bennett's transparency and self-questioning and partly because he so beautifully captures the mobile nature of Gurdjieff's character, weaving every response out of his perception of the person's need. Bennett sees this responsiveness (which he experienced for himself) as uncannily accurate (even when harsh as it often was), saturated in compassion and yet not wholly free of the potential for error. Indeed, Bennett intimates one such large area of error was in Gurdjieff's engagement with Ouspensky, a feature noted by a number of writers on both men.

In his second encounter, he met Gurdjieff after another of G's automobile accidents and when in recovery mode he had allowed himself to appear as 'himself' - compassionate yet vulnerable, essentially loving - a feature most recognised not by his disciples but the ordinary people, especially children, who lived in his neighbourhood; and, flocked to his funeral in sadness and mourning. It is a very moving account where you see the costliness of being 'the master' confronted by disciples who are refusing the offer of themselves, rather conforming, dependently, to the master's perceived wishes.

Like Gurdjieff's own autobiography, you only get glimpses of Bennett's driving, illuminating experiences or of the views they gave rise to but sufficient to sense that he was a remarkable man, not least for the quality of shedding skins and admitting mistakes, even as others manoeuvred him into the character of a sage.