- May 23, 2015
'Attention' 'Attention' are the words that the mynahs of Pala are trained to call out, recalling the island's population to its core task: to being present to reality, just as it presents itself, right now, in all its dimensions.

They are the first words that Will Farnaby hears on his arrival on the island after being washed ashore after a storm. However, his arrival is not accidental though he is a journalist by profession, his employer, as well as being a newspaper tycoon, is in oil and Pala is presumed to have lots of it. 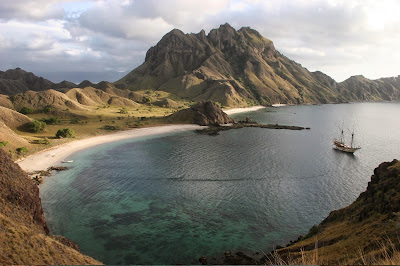 The Palanese, however, are uninterested in their putative wealth for their development has taken a different path. The fortuitous fusion of a Scottish doctor and the Buddhist raja have placed it on the path of pursuing 'gross national happiness' as its mission. Interestingly though Aldous Huxley was writing 'Island' his utopian counterpoint to 'Brave New World' in the late 1950s, this 'label' from the current Kingdom of Bhutan is an exceedingly apt one, as is both kingdoms, Mahayana Buddhist background.

However, Huxley's utopia is significantly more radical as it explores how you might marry a scientific with a spiritual empiricism to conduct a root and branch transformation of a society.

It is a deeply appealing vision, argued with Huxley's traditional clarity and humour (with a countervailing dash of Victorian high mindedness). It is a society that anticipates Schumacher - where technology is appropriate and small is beautiful (by which both meant fitting to relevant scale and human need). It is a society grounded in a practiced metaphysics to which everyone is initiated from childhood. It is a metaphysics that is as practical, as it is practiced, taking account of people's diversity of psychological and biological needs.

For example, it spends much time exploring the needs of children - for the sustained attention of attached caregivers, for the ability to be brought up by a village rather than a nuclear family, to learn the importance of naming and expressing feeling; and, of an education that unfolds with a living, embodied world requiring compassion as the foundation for any subsequent manipulation.

Like any utopia, it is used as a foil to judge the 'real world'  - of the follies of uninhibited population growth (and the failure to access contraception), of the dark arts of suggestion and advertising to foster unnecessary wants, of violence because we do not explore and address the roots of violence; and, the follies of religion not grounded in a reverence for individual experience.

As usual, Huxley can be penetratingly funny - he has a visiting cigar chewing psychiatrist seek to explain Freud to the incredulity of the native population - as if the unconscious were only a repository of the repressed (and why should sex, in any case, be the subject of repression) rather than a complex space that can be illuminated through psychological and contemplative means. Why too should one seek to be adjusted to 'reality' if that reality, always shaped by human imagination, is so dysfunctional? Change your imagination!

This too, being Huxley, we are not allowed to dwell easily in this paradise, partly because he consistently acknowledges that it is a work in progress and humanity is everywhere and always frail but also because in the underlying plot (such as it is) the island is threatened and in the closing moments is invaded by its neighbour, bringing 'progress' and 'exploitation'.

Be this as it may, you do not read the text for its 'drama' but for the surfeit of ideas that are given legs and allowed to seep into consciousness as well as wrestle in mind.

At the end, Will, our deus ex machina as enquiring journalist, replete with the necessary cynicism, is converted and given moksha medicine and goes on a guided 'trip' where he has both an experience of the Clear Light and confronts his demons. It occupies most of the last chapter and is a beautiful description of how one might begin to see 'under the light of eternity'; and, too how any illumination that is truly valuable must come back to here and now, in renewed compassion and service. The stone of insight, to use a Zen phrase, must be polished.

Once again I am in awe of Huxley's intelligence, prescience and skill - and his compassion, hard won, brittle, but real.