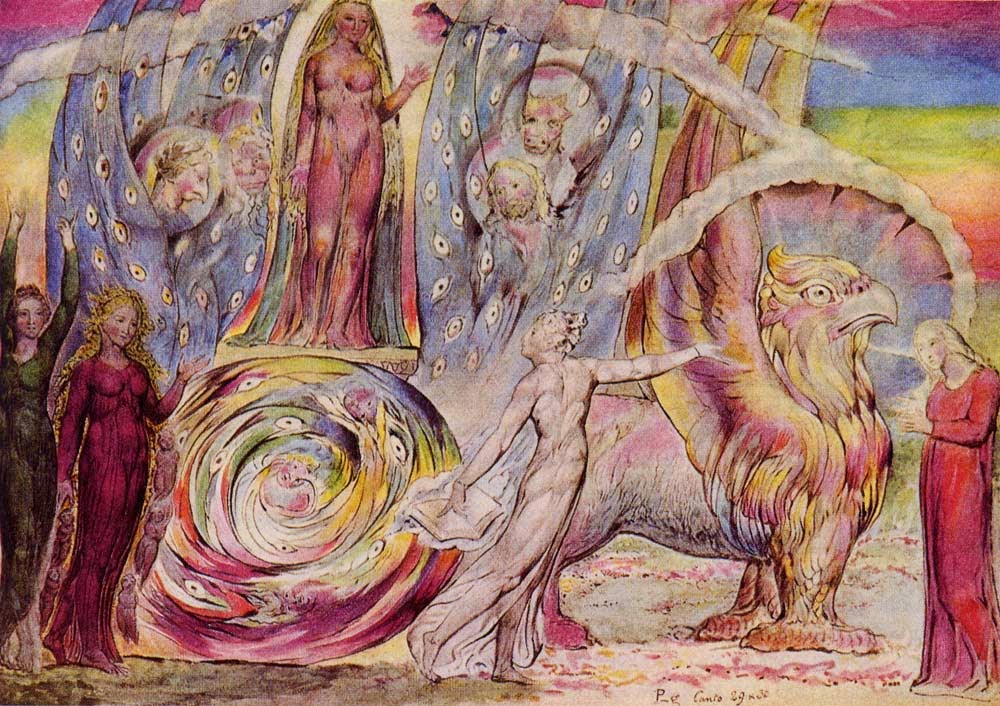 I remember giving a talk at the Catholic Chaplaincy at University College, Cork, many years ago, where a friend was working. After the talk, my friend remarked on her surprise at the attendance of one of the Dominican priests. I assumed that this was because of the talk's substance - on teaching meditation and yoga in prison - the priest shying away from paganism! But no, my friend told me, it was because I was English! It was my first, real time, acquaintance with the troubled history of England and Ireland and throughout that, first, visit to Ireland, I remained sensitive as the ingrained hospitality of folk washed against the (often unconscious) rock of that tragedy.

I was reminded of this reading Tobias Churton's new biography of William Blake ('Jerusalem: The Real Life of William Blake) because he ably juxtaposes the troubled unfolding history of Blake's time with what Blake made of it as 'spiritual sign', reminding us that much of what appears at the surfaces has potentially deeper roots, emblematic of spiritual struggle, what in the Bible would be seen as the influence of 'the principalities and the powers'. For Blake history had both a personal and a collective 'unconscious' and no true progression towards a recreated order and a renewed liberty would occur unless this was understood, assimilated and lived out, made conscious and seen. He was undoubtedly a man after the order of a prophet - and indeed Churton, at one point, beautifully juxtaposes the poetry of Blake and of Isaiah. The juxtaposition is not simply one of language, Blake being a continuous student of the Bible, but an identity of role.

It occurred to me how we persistently fail to see our 'histories' through this lens of 'prophecy' - of all the cumulative realities that condition our behaviors - collectively - that lay out of sight, under mind.

As a prophet, Churton too wants you to recognise that Blake was a great thinker. Like any such he was indebted to many sources, and being 'self-taught' and often isolated, could be 'obscure' - the tares of obscurity grow in intellectual solitude to quote Mona Wilson, an earlier Blake biographer - but with patience and application, it begins to reveal itself.

Two examples may suffice - a century before Jung's Psychological Types - Blake in his 'Four Zoas' - had delineated them - thinking, feeling, sensation, intuition - and described them as part of a psychodynamic system in which wholeness is to be found when they live, consciously, in dynamic balance. Only, in Blake's case, he was less hesitant in seeing this as a spiritual system, wholly ensouled, and with metaphysical implication rather than, in Jung's case, a psychological 'contained' one that cannot reveal the true nature of things - because Jung being a follower of Kant - 'things in themselves' cannot be known. A hampering by Urizen (Blake's symbol of detached reason) that Blake would have diagnosed in Jung immediately (and no doubt in his habitual pithy language).

The second example are his illustrations for the Book of Job that are not only beautiful but a rigorous commentary on the text that both illuminates and critique it from the position of a Christian radical. There is in it not only a transformation of how the text could be read - as the redemption of Job from his pride - and the meaning of what it means to read a scriptural text not as a normative canon but as an experiment after knowing subject to future correction in spiritual experience.

Churton remarks at one point that if Blake had been German, he would have been recognised as a thinker, because he is English, he is recognised as an eccentric poet-painter to be loved if not understood. It is a remark that leads me to a final fantasy - of Blake traveling to Germany and finding himself in the company of another poet (and critic of Newton), namely Goethe. Would they have recognised one another as the most penetrating of Enlightenment's critics and the most noble of the defenders of the imagination? Maybe, and it is true of the new crop of Romantic poets that knew of Blake, it was the most intellectually gifted of them and the one most deeply influenced by German thought, Coleridge, that fully recognised Blake's genius.

As ever, Blake's biography is a moving one - a life constrained by poverty and misunderstanding and 'critical' contempt - of a vision doggedly pursued and expressed and, softened, in his last years by the recognition (and practical help) of the 'Ancients' - those young artists, Linnel most notably, who venerated him (if not always with anything approximating full understanding)! That would have to wait for another poetic genius, Yeats, stepped in similar patterns of excluded, esoteric learning, to bring Blake to the fore and the possibilities of his being loved and (possibly) known.