On Wednesday I went to the Dulwich Art Gallery to see 'Art and Life: 1920-1931' an exhibition of the works of the Nicholsons (Ben and his first wife, Winifred), Christopher Wood, Arthur Wallis and the potter, William Staite Murray. The exhibition explored their friendship and mutual influence.

All were remarkable artists - from the self-taught, 'primitive' Wallis to the highly sophisticated Ben Nicholson, touched and touching all the then currents in modern art, that, as an 'abstract painter' he was later to so greatly influence and impact.

Like any exhibition, some part of it, at that particular time, arrests your attention. I bathed in Winifred's paintings, realising again that, in fact, it was she who was the deeper artist than her husband. The poet, Kathleen Raine, once turned on Ben, who was a friend, and accusingly told him that he had been married to two remarkable women, neither of whom he had treated in a wholly exemplary fashion. 'Yes, yes,' he replied, oblivious to the criticism implied, 'from Winifred I learnt all about colour, from Barbara (Hepworth) all about form.' I suppose it requires a certain necessary egotism to survive marriage to not one but two artists who are a deeper in their vocation than yourself!

However, Winifred aside, whose mastery of colour and brilliance with its shaping form is undoubted, and yet still awaiting full recognition, on Wednesday, what most moved me were the works of Christopher Cook (a self-portrait of whom is above). His life was sadly shortened by a suicide (conscious or unconscious we do not know) propelled by an opium addiction. Yet, in that short life, he created works of a completion and beauty that are remarkable, and like any 'early' death, you ponder on what might have come in time's fullness. 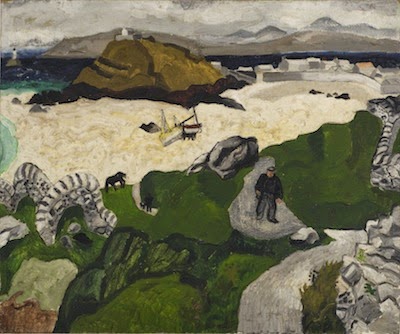 His was an art that was always anchored in the particular and actual and yet stretched the possibilities of form and colour around a sense of emotional coherence, a wished for resting place that his own psychology would not ultimately allow him. He was at home in his art in a way in which he was not at home in the world. 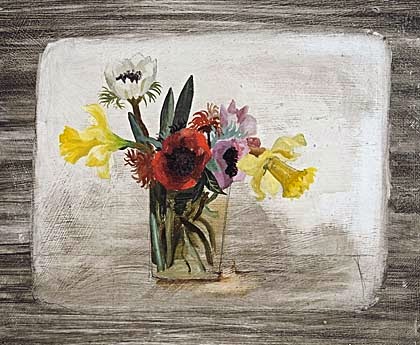 He was, even until the end of his life, eagerly absorbing and transforming influences, as genius steals. Here, most evidently, from Winifred Nicholson, a simple container, holding flowers and yet the differences are striking too. Here there is an abstract, bounded setting, not the open domesticity of Winifred. Her flowers sit on a window sill, opening out into the natural world from which they have come, of which they are a hallowing representative. Here they are enclosed, beautiful yet possibly lost, definitive in colour yet with none of the translucency of Winifred's. But bold, individual, wholly themselves and utterly of distinct and definite colour.

You wonder at how we can carry such beauty of perception in a soul consumed by inner demons?

To close a painting by Winifred (from the exhibition). 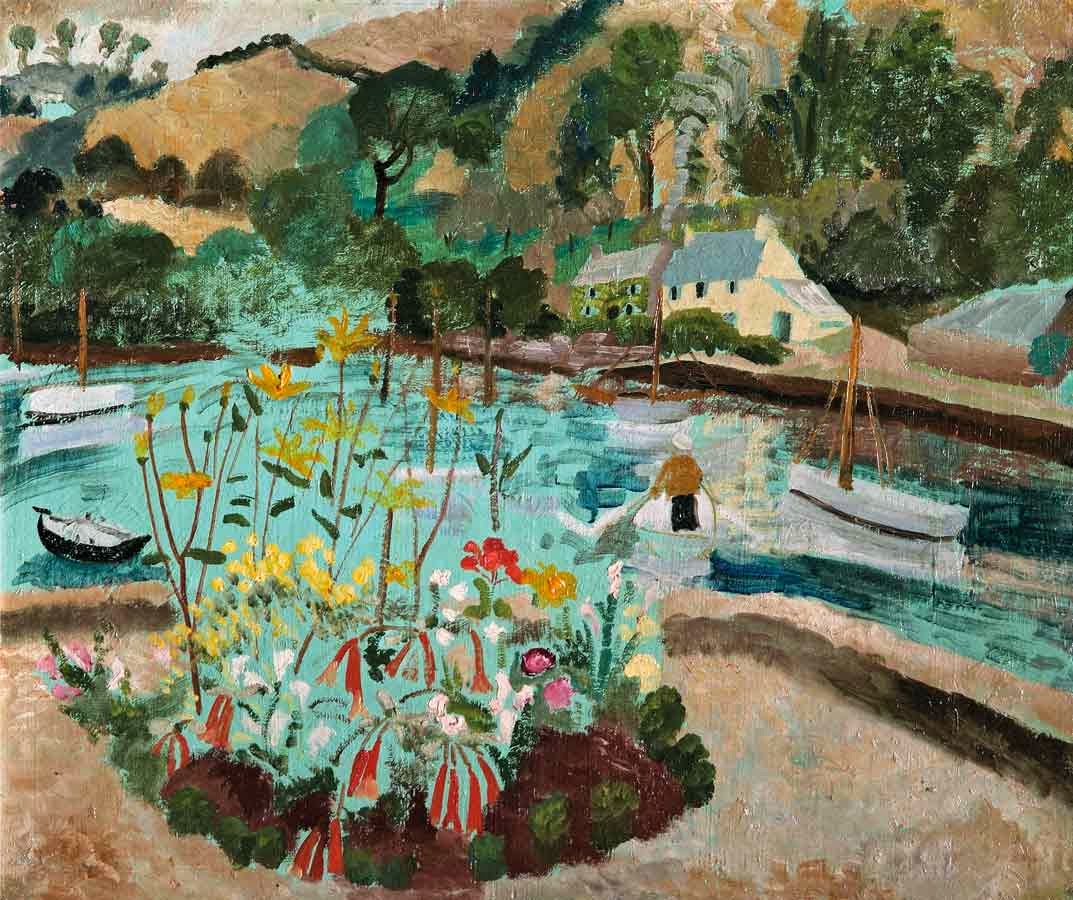 Summer, a particular place (in Cornwall), flowers formed and coloured with precise perfection, opening out into a landscape of stilling calm yet real.