A Secret Life: half revealed 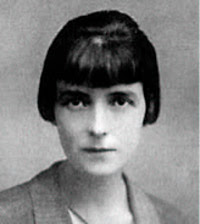 She was an extravagant liar, a believer in open relationships as long as she were the dominant partner, capable of both flattery to your face and your precise, painful dissection in the privacy of her diary or in gossiping with others.

She was, also, generous (often with money she could not afford), complexly loyal, witty, urbane and searchingly intelligent about behaviours as well as minds.

She had, as Claire Tomalin, makes admirably clear an important influence on two great English Modernist writers: D. H. Lawrence and Virginia Woolf and if she did not quite achieve greatness herself became an important writer whose short stories are models of their kind and continue to be read for their psychological acuity, their precision of language particularly in describing revealing patterns of behaviour and voice and of the natural world she unaffectedly loved.

Greatness eluded her partly because of her facility in adopting different manners and voices (a frustrated actress except in life) that refused to settle and mine a deep enough seam and the hammer blows of illness - a then virtually untreatable gonorrhoea and subsequently the tuberculosis that killed Katherine Mansfield at the age of thirty-four.

Tomalin's biography is suburb - short, pithy, sure of judgement and of evidence, compassionate and balanced. I imagine it is easy to 'take sides' with Mansfield - for or against - Tomalin does neither but shows her in her myriad shapes and gives voice to the forces that gave her those shapes.

Where the biography stumbles is at her death. She died at La Prieure - Gurdjieff's community at Fontainebleau - where her first mentor in writing, A. R. Orage, was living and studying. The confidence with which she sketches the lives of other key actors in Mansfield's life - Orage, Lawrence, J.M. Murray - deserts her. She knows not what to make of our Greek Armenian guru and trickster (and that is not an unfamiliar place to be) and she manages to get key facts simply wrong, glaringly so. It is as if a blind spot has descended - though she is wholly generous (in ways some commentators have not been) to the community's care for Katherine in her last days, giving her a space of containment and contentment at last.

This blind spot reveals the only missing dimension in the book as a whole - what did Mansfield think? I mean about ideas. It is often the piece of a biography that 'vanishes' and here it leaves an unoccupied space. Why, at the last, did she end up in Fontainebleau? What did she make of her mentor, Orage's, 'flight to the East' and immersion in 'mysticism'? We do not know and Tomalin sets up no thread to follow through Mansfield's life. It is treated brilliantly as a personality but not as a person. To a person ideas matter. They do have a striking tendency to get lost!  This biography is no exception.