A hidden hand in contemporary culture. 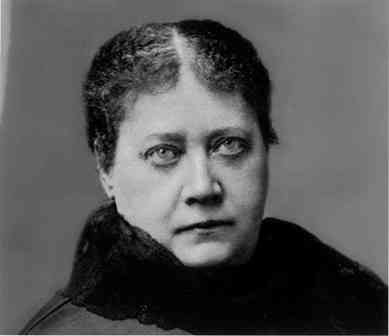 When we think of nineteenth century Russian cultural exports, we tend to think of novelists: Dostoyevsky, Gogol, Tolstoy and Turgenev (to name the most well known). We do not tend to think of 'occultists' - after all: we might think what have they contributed to the modern world except perhaps fringe entertainment (beyond that is the apparently narrow confines of their followers)?

To which, at the level of history, we might say, 'Indian independence' for a start!

Gary Lachman's recently published biography of 'Madame Blavatsky' is a measured, intelligent account of this extraordinary (and controversial) woman. Even if we discount what she believed - revealed in the dense, extravagant, compelling and long texts that are Isis Unveiled and The Secret Doctrine - and the accounts of the paranormal phenomena that controversially accompanied her life, her life deserves both acknowledgement and gratitude for what it inspired on our usual (mundane) temporal plane.

She, and her 'chum' Colonel Olcott, significantly deepened a rediscovery of Buddhist and Hindu tradition, and Indian self confidence through their works and as two prominent 'white' people showing their complete sympathy and engagement with India (and in Olcott's case with Sri Lanka). Their followers were instrumental in founding and guiding the Indian National Congress towards Indian independence and Gandhi discovered one of his guiding texts - the Gita - through his contact with Blavatsky. Her compulsive drive towards the 'brotherhood of man'  was translated by him into the centrality of 'non-violence'.

But beyond the temporal, in her thought, Blavatsky was a central voice in challenging the slowly dominating nineteenth century discourse of reductionist scientific materialism. She provided cultural resources for people opposed to that discourse and seeking to maintain a more sacral and imaginative view of the possibilities of the world. She was ironically Darwin's translator into Russian (she needed the money) and one of the first trenchant critics of his disciples as they sought to make out of his science an account of how the world, in its totality, is. She was thus a critic from a philosophical rather than a scientific viewpoint pointing out that science becomes scientism when it steps beyond its legitimate bounds.

She was undoubtedly a character who exceeded the bounds of ordinary life and I confess - through Lachman's able lens - to liking her. She told it straight, had a sense of humour and was continuously kind (and, sadly, for her future reputation, a terrible judge of character)!

Lachman's account of the 'phenomena' associated with her is (as usual) measured and well judged - neither a believer nor a sceptic. First of all, he deftly defends her from any charge of simply being the producer of 'magical effects', her task was to serve a deeper and wider vision and 'phenomena' she felt distracted from this rather than acted as  a mechanism of conviction. Second he gives admirably open minded accounts of what is said to have happened - and they do give quiet pause for thought - I especially like the account of manifesting a needed spare tea cup hidden under undisturbed ground!

Whatever one makes of these and the alleged source of her teachings - from hidden Masters alive yet hidden in the world, she undoubtedly had something to say that many seeking a deeper spiritual alternative to either the rise of scientific materialism or the dogmatic weights of received religious traditions found deeply valuable. Many of these, such as Gandhi or Kandinsky to name but two, went on to revolutionise either society or culture, so Blavatsky can never simply be dismissed as either eccentric or a charlatan - and the serious study of esoteric strands of contemporary thought is essential if we are to understand the culture (and the possibilities) of which we are the inheritor. 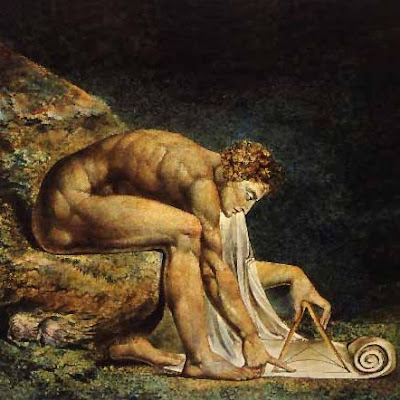