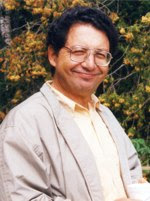 The language of mysticism is performative. It not only seeks to convey content about the nature of the divine but is configured to trip the mind into a realization of that divine. Its strategies are many fold but one of the simplest is the dialogue form. A charismatic elder seeks to impart their wisdom to one or more listeners. The wisdom is didactic but shaped by the living presence of receptive listeners and their particular personalities. We, the reader, are invited into imaginative sympathy and identification with the listener (s) and, thus, made more existentially receptive to what is being said. Undoubtedly the greater the diversity of different type of listener the greater the chance that one or other sparks a recognition in the reader: this is ‘me’ we can say, this is my question, and my listening deepens in this empathy.

It is a form of writing that is explicit in the distinguished books that Kyriacos Markides, a sociologist of religion at the University of Maine, has produced on the Orthodox elder and bishop, Fr Maximos of which Inner River is the third. Indeed a core framing of the book is around a running symposium (and this resonate Platonic word is chosen to describe it in the text) on the nine fruits of the Spirit outlined by St Paul in the fifth chapter of his letter to the Galatians: love, joy, peace, patience, kindness, goodness, faithfulness, gentleness and self-control.

Core to the project is Markides himself as participant observer, questioner and listener bringing the contemporary world into an interrogative relationship with Fr Maximos as a representative of Orthodox spirituality and allowing that spirituality to put ‘our’ world to the test. Fr Maximos is a product of Markides’ own Cyprus but also of the monastic discipline of a reviving Mount Athos, the cultural and spiritual heart of Orthodox monasticism. It is this tradition that he is seeking to re-root in Cyprus. This is not without controversy generated both by more complacent, worldly strands of the faith and the secular who have accused him of stealing the minds of their young in a renewed monastic development (as if he were the practitioner of some dubious cult)!

However, the primary focus of all three books is the inner transformation of the person on a path towards holiness. Holiness that is seen, in Orthodoxy, as a process of ‘theosis’ or deification, a restoration of our primal inheritance as ‘made in the image and likeness of God’. This image has been obscured through sin, a missing of the mark of our own true being, and the life of the Ecclesia is therapeutic aiming to restore us to health. Markides use of the word ‘Ecclesia’ (italicized throughout) is rooted in Fr Maximos’ strategy of reconfiguring our notion of ‘Church’. He does not gloss over its many historical and continuing failings. It is after all an institution in the hands of fallible, all too human beings but wants his listeners/readers to see it as bearing tried and tested approaches to bringing us step by step to a renewed wholeness. It is a wholeness that is testified to in the lives of the Ecclesia’s saints. The stories of which anchor much of Fr Maximos’ teaching giving it embodied examples, many of which are living or recent and to which Fr Maximos himself can give witness. “The commandments of God are the medicines that He offered us for our cure,” Fr Maximos tells his audience and how they are and how they have worked is the substance of ‘Inner River’, explored here in their ascending hierarchy, beginning with self-control and ending in love.

In the course of this journey, Fr Maximos is humorous, engaging, thoughtful and wise, responding to the different kinds of question that are put to him by Markides and others. Around this central core, Markides builds other key illustrative episodes of which a dialogue between a hermit and an atheist writer friend both of whom began their lives rooted in Communism and a pilgrimage to Mount Athos are the most memorable. Markides, also, takes ‘time out’ from his underlying structure to reflect on what such an understanding of spirituality brings both to narrower, more literal forms of Christianity and to the dominant secular materialist paradigm.

Thus, in the context of the former, in exploring ‘self-control’ and ‘anger’ there is an illuminating discussion on how many might indeed secure mastery over the physical, leading outwardly modest lives; and, yet be consumed inwardly by an attachment to their opinions and ideology. “From the very moment that someone is a fanatic, he is into delusion...Such a person is outside the spiritual teachings set down by Christ and the great saints...The entire  therapeutic pedagogy of the Ecclesia is built on the practice of humility. To follow Christ means to have the capacity to co-exist with other people who may be radically different from you.” (Fr Maximos).

In the context of the latter, Markides continues to pursue a long standing interest in the experiential - in how the testimony of the lives of saints (and their interaction with others) gives us glimpses of a deeper understanding of the nature of reality. Here he explores such issues as near death experiences, the capacity of saints to notify others of the time of their own deaths and communication with saints after they have died. In this last case, there is a wonderful story of an Australian disciple telephoning Elder Porphyrios, a monk of Mount Athos, who served as a parish priest in downtown Athens. Unbeknownst to the disciple, it was a month after Fr Porphyrios’ death, but the Father answered informing him not to call him on the phone anymore because he was no longer in this life but in Heaven! Saints undoubtedly have a sense of humour.

This parallel exploration of the ‘miraculous’ blends well with that of the therapeutic. We may not all need ‘sign and wonders’ but, in truth, they have been and are an integral feature of the attraction of religion, confirmatory signals that we do inhabit a different world than the one offered by scientific materialism or secular humanism, and that hope for a transformed life is ‘material’ as well as ‘ideal’. We live in a world made for holiness. There is no dichotomy between our ideals and their realisation in actuality if we accept the challenging practice on offer in the therapy of Ecclesia (or parallel traditions of holy making).

In these three volumes (The Mountain of Silence, Gifts of the Desert and Inner River), Markides has given us an engaging, erudite and highly accessible account of a critical strand in Christian spirituality, rooted in a living tradition that is home to charismatic and humble elders able to be channels of guidance, correction and healing. They allow us to see beyond the distorting (often self-inflicted) images of ‘the Church’ to another place, behind and within, that is thought proving, challenging and above all compassionately helpful.

In the course of doing so, we are in exemplary hands: Makides is a participant observer of engaged empathy, transparent about his own journey of rediscovering the tradition of his origins, intelligence and real literary skill. Fr Maximos is not the only practitioner of a therapeutic pedagogy in evidence whilst reading ‘Inner River’.