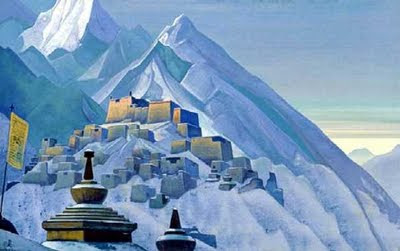 Anne Chisholm's biography of Rumer Godden is a vivid account of her life as a consummate story-teller and gives a marvelous account of pre-war Calcutta.

It was a city (as now) of extraordinary contrasts: then a small elite, British and Indian, presided over their separate but inter-locking worlds, over and across a sea of people whose lives they did not share.

One community in particular attracted Godden's attention that of the Eurasians - doubly excluded from both communities - the men squeezed from both sides for not being part of either; the women forced to exploit their often startling looks in various indeterminate roles. Godden herself employed a number at her thriving dance academy (itself a liminal activity on the fringes of the British community, highly stratified as itself was). They are a community that continues a marginal life in India today: a legacy of history and continuing multiple prejudices.

One of her pupils was my friend, Tigger. There is a wonderful story of her feeling Godden's severity when she, Tigger, had misbehaved and how it made one feel exiled (however temporarily) from a gifted teacher with real presence. It was the beginning of a friendship that was life long, elaborated through Tigger's mother, as well as directly. It was Tigger who was to help with the research on what became Godden's last novel.

Dinah, Tigger's mother, was also a defier of convention in the friendships she forged - and the work she undertook. One day visiting a hospital, she witnessed an Indian woman leaving in deep distress. She was a newly made widow and faced an uncertain future. Dinah took her home and installed her on the verandah. It was, she now discovered, a common plight and began collecting newly made widows and bringing them home - teaching them new skills so they could support themselves beyond destitution or prostitution. After a time, the need for new accommodation arose, and Dinah persuaded a wealthy Indian to give her one: a new charity - Helping Hand - was born!

It makes one feel deeply attached to this life at one remove as it unfolds in a world known through the disparate other eyes of friends, one's reading and those visits that I have been able to make.