- June 11, 2011
Reading biography is always an exercise in surprise.

The first is usually to discover a biograophy that manages to strike the right balance between narrative and detail: modern biography apparently wants to drown the former in a tsunami of the latter until you expert the inevitably thick volume to be supplemented by appendices of laundry lists and itemized daily expenditures (I did have a chemistry teacher at school who did the latter - detailed notebooks of every expenditure, stretching back to the 30s lined his office)!

The second that manages to meaningfully address the subject's inner life in ways that are illuminating (rather than merely speculative or, worse, psychoanalytic)!

Anne Chisholm's life of Rumer Godden is achieving both though occasionally you would like a touch more depth...

Reading today of the making of the film, 'The River' a transformation of her book of the same title by Jean Renoir, I discovered, incidentally, that it was Patrick White's favourite film. 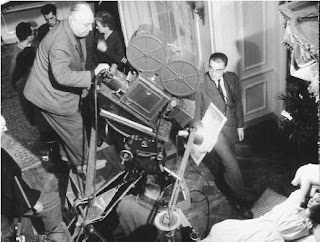 It is marvelous film as the great director weaves a story of innocence and its fall within a wider setting of discovering for himself and sharing with others, India. The films flaws - an amateur and varied cast, a sometimes in parts startlingly arch English dialogue; and, a failure to blend the story of an English family in India with a wider vision of place and culture - are transcended by a painterly vision of place, the sincerity of the story and its universality; and, a ravishing glimpses of an India that both does and does not still exist.

My initial surprise was conditioned by trying to imagine this most complex (and sophisticated) of modernists as a devotee of this artfully simple tale. This was until I remembered that so much of White's art was devoted to the difficult art of seeing simply, and many of his most significant protagonists are characters who wish to unfold into the freedom of that seeing, that untied vision of things.

It was the first film in 'technicolor' made in India and was deeply influential on Indian film makers  - including Satyajit Ray who forgave its 'colonial' story line to learn from its many gifts, not least the capacity to tell a story rooted in the unfolding details of a place that followed the contours of ordinary life.