The Double Origin of Humanity 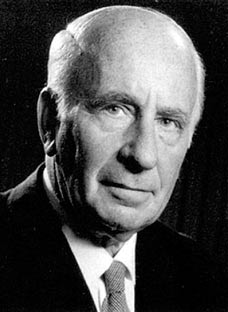 'Becoming Real: Essays on the Teachings of a Master' is a fascinating collection of essays by students of Karl Graf Durckheim, the German spiritual teacher and trans-personal psychologist.

One curiosity is that even in the biographical sketch (by Gerhard Wehr, his biographer) you do not receive what I would describe as an adequate picturing of the man. You have certain events (primarily internal) and thoughts but never a three dimensional felt image of what it was like to encounter him. This is true in all but one of the subsequent essays: they are peculiarly impersonal.

One dimension of his biography is glossed sadly namely his service to Germany after the rise to Hitler. He does appear to have lost his teaching position as a consequence of a presumed Jewish 'infusion' into his aristocratic German past. However, he served Ribbentrop's Foreign Ministry in Japan in the service of German cultural and educational promotion (and admitted to strong nationalistic feelings as to Germany's restoration). He was imprisoned (falsely it is claimed here) for fifteen months by the Americans during the process of de-Nazification. Both his time in Japan and his time in prison were deeply formative in his spiritual development but his failure to address the meaning of his past is a strange lacuna both in life and in his students. A failure Margaret Collier sensitively examines in her (as yet unpublished) biographical study of Durckheim.

This aside I continue to learn much from this remarkable man. At the end of his life asked to summarize his teaching in a single sentence, he replied: " The kernel of my teaching...is...taking seriously the double origin of humanity, celestial and earthly...by believing that the celestial was the exclusive realm of faith and that only the earthly could be the object of experience and practice...we are frustrated in our spiritual development"!

There is a deep sense, and practical exploration, in Durckheim of what an exploration of the objectivity of exploring inner being could look like and how we learn in that practice a diligent way of clearing the ground, emptying our cup to receive the transformation of Being (that is always a grace).

But amidst the discussions of threefold existential crisis and the threefold nature of Being, there was for me in reading these the consistent reminder of how often we are touched by a reality transcendent to the ordinary that places our usual, fear and desire bound, existential self into question, opening a window onto a new way of being real. These nudges of Being are so often enjoyed only to be lost in a corrosive incredulity - they are insufficiently sustained by a faith in our true 'double nature' - and slip back into forgetting (sometimes as rapidly as they have come).

Durckheim reminds us of the importance of remembering these, re-entering them, and allowing their experience to modify our way of seeing.

I was reminded very vividly of an occasion when I found myself pondering a saying of St Maximus the Confessor to the effect that true humility is born when you realize that in each moment you are gift, borne into existence by God's giving, a continuous creation. I remember cycling home, carrying that thought, and suddenly realizing that I was wholly immersed, living within gift, and that everyone I encountered and the whole scene of their unfolding life was one celebrated present, presence. You found yourself blessing at random people as you passed, feeling deeply united. The full effect lingered for days, before slipping back into one's half-tied vision of things, the enclosure of your time-bound self.

I was compelled by the saying in part because I am not naturally humble!! An understatement - and mimic humility in self-depreciation that can be charming no doubt sometimes but can equally be strikingly false! Humility in St Maximus sense captured a sense of being precisely who you are - graced into being, bearing God's image, and yet equal with all, because all are equally graced.

If I ever do treat people with a fundamental respect, it is, in part, because of this experience, its lingered memory enabling me to see through my own and others 'personas' to the radiant person within.

And the remembering of this experience, putting myself consciously in its path, is an opportunity as Durckheim suggests to learn and to reawaken an openness to receiving its touch again, if in a new modality, since the Spirit animates the spirit always uniquely.